How to make Series and Parallel Connections

What’s the Difference between Series and Parallel Connections?

Electrical Equipment can be configured in two basic ways: Series and Parallel. As the name suggests, a series circuit is made from consecutive connections, going from positive to negative on each piece of equipment. Parallel is exactly the opposite, with positive connections going to positive terminals, and visa versa.

How to Make a Series Connection

Connecting two batteries in Series is simple. A wire is run from the positive terminal of one battery to the negative terminal of the other. A lead is then attached to each of the unused terminals. These leads are your output. 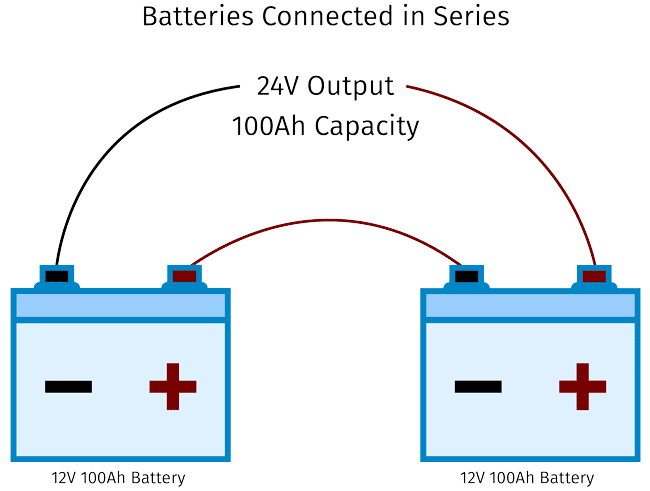 How to Make a Parallel Connection

At Vorp Energy we use advanced MPPT Charge Controllers in our Plug and Play Remote Power Kits. This allows our solar panels to be connected in series, which in turn means that batteries charge faster, and for a longer period of the day.